I’m sure by now you’re all familiar with the fall of one of Hollywood’s most powerful players, the film producer and co-founder of Miramax Harvey Weinstein, over mass accusations of sexual assault and misconduct. Both The New York Times and The New Yorker reported originally on the testimonies of over a dozen women who had come forward accusing Weinstein of sexual harassment, assault, and even rape. And once that came out, then in effect the dam broke, and a whole slew of accusations began pouring in regarding not only Weinstein, but in fact the whole of Hollywood culture. A-list actresses are coming out and confessing that they’ve been sexually abused by the movers and shakers in Hollywood, and the likes of Rachel Wood and Corey Feldman are claiming that this is just the beginning; there’s an entire pedophilia culture in Hollywood that’s ready to be exposed next.

For me, what is so fascinating is how Hollywood has just vindicated 2,500 years of the wisdom tradition, particularly that of the classical world of ancient Greece and Rome and its Christian re-appropriation and development. From Plato onwards, the notion that one could live with total sexual abandon was considered foolhardy. For the great philosophers and theologians, unbridled sexual license was perhaps more than anything else responsible for the collapse of human society from within. Now, of course, the sexual habits of the pagan Greeks and Romans were certainly not anything we in the Christian West would want to aspire to. But the irony of it all is that even with their acceptance of homosexuality and pederasty, the Greco-Roman world nevertheless believed that great care was to be taken in taming the sexual passions if society and culture were going to be able to flourish.

As I detail in my latest book Classical vs. Modern Education: A Vision from C.S. Lewis, classical and Christian thinkers believed that the key to a flourishing society was taming our lusts by ordering our loves. This is where the role of Beauty was so important, because Beauty was understood as that divine cosmic value that awakens our loves to love rightly; to love what’s truly lovely and desire what’s truly desirable and hence experience our highest human flourishing. Beauty in the Greco-Roman world is a physics; it’s a law of attraction, a gravitational pull that draws us to the True and the Good, and it does so by awakening and directing our loves and our desires in the direction of the Good and the True. This is what we mean by rightly ordering our loves; we learn to love that which is truly lovely and desire that which is truly desirable and hence experience human and civilizational flourishing.

Now, the Greeks were well aware that we were not only attracted to the True and the Good; we could also be attracted to evil. They captured this in the mythologies of the Muses and the Sirens: the Muses are the daughters of Zeus who inspire Beauty and Truth, while the Sirens are those water nymphs that lure sailors to their death through their bewitching songs. And so, what’s the difference? How do we know our attractions are evoked by Beauty and that we’re not getting seduced by the sirens of the world?

This is where the distinction between love and lust comes in. True Beauty, the Beauty that leads to Truth and Goodness, always awakens love within the human person. Plato would call this love ­eros and the Apostle Paul would call it agape. Interestingly, the early church tended to use eros and agape interchangeably. Love by its nature is a desire to surrender oneself to the object of attraction, it always seeks to empty itself and serve the object of its affection. Or in Paul’s words: “Love seeks not its own” (1 Cor 13:5). This is why, in the Western tradition, it’s customary for the young man to get on one knee when he proposes; he is embodying his commitment to surrender to and to serve his betrothed for the rest of his life.

The Christian apologist Ravi Zacharias tells the story of a trial in which a lawyer was defending a publisher of pornography against anti-smut laws. And so the lawyer of this pornographer put one of the plaintiffs on the stand and began to ask: “Sir, have you ever gone into an art gallery?” The plaintiff of course said, “Yes.” The lawyer then asked: “Sir, have you ever paid to go into an art gallery?” The plaintiff again said, “Yes.” The lawyer then asks: “Sir, were there paintings of naked women in that art gallery?” The plaintiff then said: “Yes.” The lawyer turns to the jury and says, “Sir, would you please explain to the ladies and gentlemen of this jury why it is that when you pay to see naked women, it’s art, but when my client’s clientele pays to see naked women, it’s pornography?”

Now, dare I say, this lawyer is what the wisdom tradition would have called a moral zombie. The simple, straightforward answer to this moral moron, according to the classical and Christian wisdom tradition, is that one form of nudity awakens my loves while the other form awakens my lusts; one rightly orients the population towards the True, Good, and Beautiful, while the other orients the population toward dehumanizing control and domination. One attracts, the other seduces.

And without understanding this distinction, the philosophers and theologians of old all agree that society will collapse; the culture will rot into ruin, simply because disordered loves lead to disordered lives. And that, I would argue, is precisely what we are seeing happening before our very eyes in Hollywood; we are seeing a culture that clearly has no clue on the difference between love and lust collapsing before our very eyes.

And this is why the current renaissance of classical education that’s going on throughout our nation is so important, because at the heart of this renaissance is reacquainting tens of thousands of students with the wisdom tradition that awakens and orders their loves in such a way that allows their humanity to flourish. Perhaps this is the generation that will replace the Weinsteins of the world, and awaken Hollywood into a place where glitz and glamor pale in light of the love of Beauty.

Steve Turley is an internationally recognized scholar, speaker, and blogger at TurleyTalks.com. He is the author of Awakening Wonder: A Classical Guide to Truth, Goodness, and Beauty. Dr. Turley is a teacher of Theology and Rhetoric at Tall Oaks Classical School in Bear, Delaware, and professor of Fine Arts at Eastern University in St. Davids, PA. 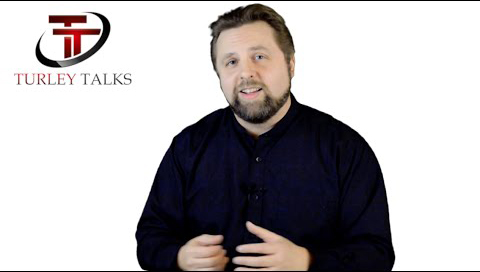