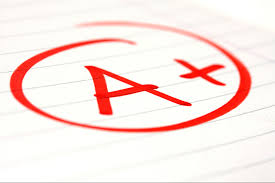 I wrote a piece not long ago called “Sabermetrics and Grades”in which I discussed the way in which baseball, long known for its love of statistics, has seen a revolution in the scouting, managing, and playing of the game based on advanced statistics–called sabermetrics–that purport to do a better job of identifying those things that impact game outcome. I suggested that we needed a similar revolution (or better, reformation) amongst the grading system of classical Christian schools that better reflects our intended outcomes. The classical Christian movement is certainly reforming education in positive directions, so it remains all the more strange to me that we would adopt the A-F system so prevalent in public schools.

Adopting a grading system from public schools wouldn’t be problematic if it worked; but it does’t. I recently read an article from USA Today that was titled “A’s on the Rise in U. S. Report Cards, but SAT Scores Founder”in which the author demonstrates that the grading system is, to put it kindly, broken. Perhaps we in classical Christian schools resist the urge to inflate grades. But if we do, this presents another problem–our students are competing for scholarships with these public school students, and we must either inflate grades to keep up, or keep our integrity and give grades that suggest our students are academically inferior to many of their public school counterparts that show less academic promise. But what if we chucked out the whole GPA system and refused to play by their rules? Already the Classical Learning Test (CLT) is challenging the ACT/SAT dominated system. I suggest that we start making a similar move with respect to GPA. 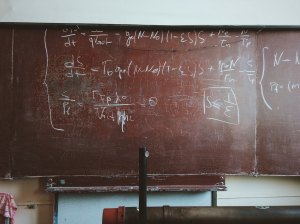 In the next year, I plan to dedicate my research time towards a new system of grading that, like baseball sabermetrics, better reflect our desired “game” outcomes. I am still in the early stages, and most of my notes look something like the board in the picture! If you have any input or ideas on what these “outcomes” look like or how we can measure them, I would love your help. Contact me at kylerapinchuk@theclassicalthistle.com.

Photo by Roman Mager on Unsplash