Through the Looking Glass: Our World and Hope for the New Jerusalem in The Man Who Was Thursday 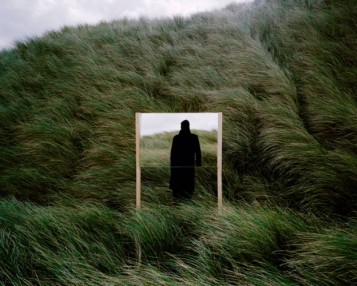 The apostle Paul once wrote that we currently “see in a mirror dimly, but then face to face. Now I know in part; then I shall know fully, even as I have been fully known” (1 Cor 13:12). James likewise uses the image of a mirror to demonstrate how one who hears the word but does not do it is like a man who looks intently into the mirror but then goes away and immediately forgets what he looks like (James 1:23-24). The images made me curious, so I took a look in the mirror today. What I saw was a reflection of myself. It seemed an accurate representation, yet I wondered at Paul’s words that we see in a mirror dimly. I began to consider that while my mirror might reflect accurately the person that stands before it, the mirror is not able to reflect the image of the person I am meant to be.

As these thoughts continued to swirl in my head, I thought upon a presentation I had heard in which the presenter quoted a few lines from George Herbert’s poem “The Elixir.” The lines read:

A man that looks on glasse,

On it may stay his eye;

Or if he pleaseth, through it passe,

And then the heav’n espie.

As I considered these lines in light of Paul’s teaching in 1 Cor 13, I wonder whether this was not in Herbert’s mind as well as he penned this poem. We may stay our eye on the glass and see our reflection staring back, or if we please we may look beyond, through the mirror, and spy the heavens.

During this same conference in which Herbert’s poem was brought to my attention, I was conversing with a friend about G.K. Chesterton’s The Man Who Was Thursday. In debating various aspects of the final chapter of the book, I went back and re-read large portions of the work. One thing that stood out to me was a statement by Gabriel Syme, the main character in the story. He says, “Shall I tell you the secret of the whole world? It is that we have only known the back of the world. We see everything from behind, and it looks brutal. That is not a tree, but the back of a tree. That is not a cloud, but the back of a cloud. Cannot you see that everything is stooping and hiding a face? If we could only get round in front–” (143). Syme is interrupted in the novel at this point, but I propose here to finish the thought that I am sure that he had. The world in which we dwell is but a shadow of the world which once was and will be again. We really have only seen the back of the world as it were. We have only seen the imperfect reflection in the mirror. If Syme can be faulted at all, it is that he proposes to get round the front, when the reality is that we can and must, like Herbert’s poem suggests, go directly through the looking glass.

Though this might seem like an impossible task, since not all looking glasses can be passed through as Alice’s was, Scripture teaches that there is a way–Jesus Christ. In fact, the author of Hebrews may be on to the metaphor when he speaks of Christ as the forerunner on our behalf who makes it possible for us to enter the inner place behind the curtain/veil (Heb 6:19-20) and provides a new and living way through the curtain/veil (Heb 10:19-20), which is his body. On account of Jesus Christ being both the sacrifice for sin and the priest after the order of Melchizedek, we can pass through the veil (mirror) from our earthly dwelling to his heavenly dwelling. Through Christ, we can truly see the front of the world, the world as God sees it, and the world as God will restore it again.