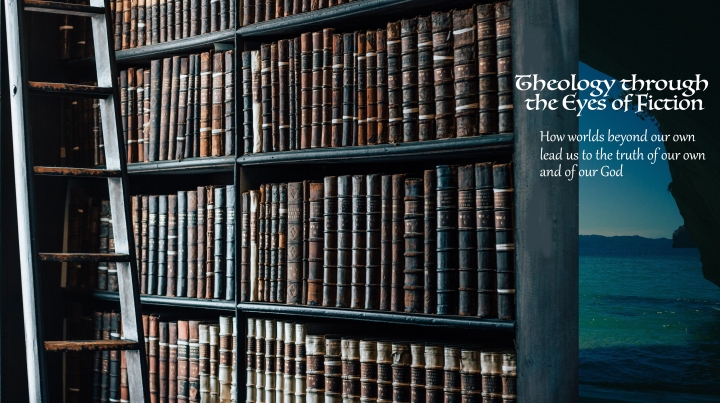 I once had an encounter with a street evangelist who told me that the only true Bible was the King James Version. After thirty minutes, despite him admitting that the Bible was written in Hebrew and Greek, I had made no progress in convincing him of the reliability of other translations. As I walked away, however, he not only accused me of reading the wrong translation, but of something much more significant. He yelled out, “You don’t know the real Jesus.”

Although this evangelist was dangerously misguided in many ways, I do think many have a misguided view of the real Jesus. Consider the way many in our culture view Jesus as a great moral teacher but not as the Son of God. This is a false view of Jesus. Many well-meaning believers also struggle to know the real Jesus, falling into the error of thinking of God the Father as a violent judge but Jesus as a peaceful shepherd. The New Testament teaches that this peaceful shepherd is in fact the one who will judge the wicked when he returns. Once again, then, we see people with a false view of Jesus.

I fear that many in the church have unintentionally and unwittingly accepted a cheap imitation of Jesus. Maybe it’s the “Jesus is my homeboy” mentality of a generation ago. Maybe it’s the “Jesus is my ticket to heaven,” my “get out of hell free card” idea. Maybe it’s a passive, peaceful Jesus that omits the time he flipped over the tables in the temple. Maybe it’s the reconstruction of the historical Jesus in my own image, instead of the remaking of my new self in his image. There are countless ways that we construct cheap imitations of Jesus in our daily lives and each of them are destructive.

In The Last Battle, the final novel in C. S. Lewis’ Chronicles of Narnia, the notion of cheap imitations is portrayed through false views of Aslan. For example, the plot of the story is driven by Shift the Ape dressing up Puzzle the Donkey in a lion’s skin and calling him Aslan. Thus, the narrative begins and continues along the lines of a false and cheap imitation of reality. Likewise, characters continuously use the phrase “he’s not a tame lion” in a number of contexts that fail to capture the true nature of Aslan. In The Lion, the Witch, and the Wardrobe, Mr. Beaver reverently says that Aslan is not safe, but he is good. I think Mr. Beaver could have said that Aslan is not a tame lion and spoken truly. But when the characters in The Last Battle say that Aslan is not a tame lion, they clearly mean something different, something that is a cheap and false imitation. Finally, Shift tries to convince the Narnians that Aslan and Tash are one and same—Tashlan. Again, this syncretism is a cheap and false imitation of the true Aslan.

When the true Aslan does finally appear, cataclysmic type things begin happening, proving that they have been following a cheap imitation. The real Aslan is far too real for most to handle. We, too, can sometimes settle for cheap imitations of Jesus. Jesus is not a tame savior. He is not safe; but he is good. When we encounter the real Jesus in the pages of Scripture and, more importantly, in an intimate relationship with him, we find that the real Jesus is far more beautiful, far more good, far more true, and far more majestic than anything we’ve constructed in our mind. It really is true that “you can’t beat the real thing,” so let’s stop trying. Let’s encounter Jesus for who he truly is and worship him, now and forever.