By Josh Dyson, Director of Operations at the Classical School of Wichita

We live in a world today where virtue is either redefined or called into question whether it exists at all. One tenant of postmodernism is that truth in any universal sense is unknowable and therefore irrelevant. Thus the argument goes that we cannot evaluate truth claims but rather must deal in contexts, “texts”, and metanarratives. Therefore, when we look at the decisions of others, which we might call evil in our own perspective, we should reconsider the label “evil” and instead focus on the perspective of the other and how they might have arrived at a different conclusion from ours, refraining from using labels such as “good” or “evil”.

I’d like to consider two now-famous “texts” briefly. They are The Wizard of Oz and the subsequent “untold story” of the Wicked Witch of the West, Wicked. My comments below do not pertain to the quality of the Broadway musical version of Wicked with reference to its tonal, melodic/harmonic, or visual beauty. I have seen the musical and enjoyed the quality of those things. I have also read as far into the book as I could tolerate before the obscenity became too much to bear. 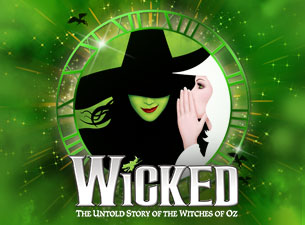 Wicked has become wildly popular over the past fourteen years due to the success of the Broadway musical which now has traveled the nation multiple times, being exposed to a wide audience. Christians and non-Christians alike seem to gravitate toward the musical, I believe, because it gives them a window into a world that most have little exposure to these days—aesthetic beauty in the arts. Multiple times over the past few years I have heard people praise this musical (I found virtually no one has read the book) and what I tell them after they “sing its praises” is that the musical Wicked is the epitome of postmodernism. For many, especially in conservative, evangelical Christian circles, that is a highly offensive statement, as most of these have associated postmodernism with worldly wickedness (it seems to me that many of these same ones do not see the worldly wickedness of modernism). My intent is not to comment on the virtue or vice of postmodernism or postmodern storytelling itself, but rather to comment on virtue and vice itself.

We have come to appreciate many of these types of stories today. We love the stories that tell about the “man behind the mask”, “The untold story”, or “Listen to the other side’s version of the story”. I think this is a strength of postmodernism (there I go commenting on postmodernism after I said I wouldn’t) but also it is one of its weaknesses. This doesn’t come out as strongly in the movie as in the book, but The Wizard of Oz is a story about virtue. In particular, I believe, it is about virtue ethics. It is a beautiful telling of what it looks like for people, or creatures in this instance, to rise up to a level of virtue which they had previously thought unattainable for themselves. Dorothy, in scene after scene, speaks truth into these heartless, cowardly, and stupid beings that they don’t need what they think they need in order to attain Virtue.

This is the kind of message that I want my own kids to reflect on, meditate upon, and realize in their own lives. It reminds me of my son, who just the other night ventured into the woods after it had become quite dark (something he was terribly afraid to do) because he had gotten the impression that he was to receive a physical reward for doing so. Before believing that he was to get a reward, he found the task impossible. Afterward he was quite disappointed when he found out that there was no reward waiting for him, at least not the material kind. After many tears at my refusal to give him a reward which I had not promised but he had assumed (I’m not opposed to them on principal), we had a great talk about the intrinsic reward itself in having done what he thought was previously unattainable. A few minutes later, I asked him, “Would you like me to give you a dollar?” To which he responded, “No. I don’t actually need anything.” I believe this was a realization for him that material things are something that he has in abundance, but what he had gained that night was a priceless commodity, even for a seven-year-old.

What I find concerning about the storyline of Wicked is that it has usurped one of the classics of virtue in 20th-century American literature, and replaced it with a virtueless retelling of its own story, seeking to undermine the architecture of what has come before. It has chosen the easier road—the road of criticism that seeks to deconstruct what others have made and produced, rather than producing something virtuous and praiseworthy itself. Now some would respond that Wicked actually is praiseworthy, and I agree it is in its musical/visual quality, but its attempts to undercut the heroes of the past is a symptom of a sickness in our culture that has become accustomed to cutting down true and virtuous heroes, and replacing them with the idols of novelty, tolerance, and open-mindedness—none of which are virtues in the classical (wisdom/prudence, temperance, courage/fortitude, justice) nor the Christian sense (faith, hope, love [also see the Fruit of the Spirit in Galatians 5]).

There is much more to be said here and long conversations could be maintained over what I have presented above. I certainly don’t presume to have given a “final word” on the matter, nor am I calling Wicked… well… wicked. At the school where I work, a component of how we believe that beauty should be evaluated is its “power to evoke love of truth and goodness.” I think the contrast between The Wizard of Oz and its “sister”, Wicked, serves as an excellent test case to ask important questions about beauty in art, in literature or in “texts”. I hope this post might help you ask new questions or maybe reconsider old ones about what beauty really is, how it can be discerned, and how it relates to virtue.